LiMiTS organized the workshop Matter borrowing vs. pattern borrowing in morphology at SLE 50. 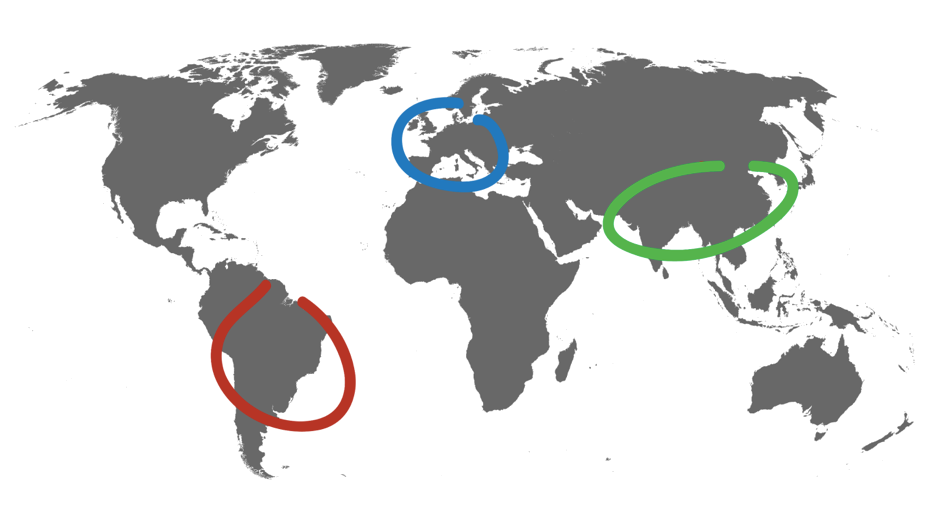 The distribution of morphological profiles over the globe often appears to be geographically skewed. In fact, broad morphological characterization has been part and parcel of traditional portraits of linguistic areas. Often, these broad areal typologies inform ongoing debates on whether or not to reconstruct particular types of morphology, e.g. in Sino-Tibetan. However, in spite of the long-term concern that morphology has formed in comparative linguistics, we know surprisingly little about the general mechanisms of how language contact and processes of area formation affect the diachrony of morphological patterns.
The present interdisciplinary Sinergia project brings together researchers from Zurich and Bern to address this issue.  The project aims at determining the dynamics of diffusion and retention of morphological structure by integrating data and methods from historical linguistics with a refined, theoretically-informed parameterization of morphology and with phylogeographical modeling approaches drawing on Geographical Information Science (GIScience). The leading research question is: How does morphology develop in different genealogical and geographical contexts and to what extent is this development affected by language contact?
We approach this question by comparing areas and language families in different geographical and historical situations, grouped in three sub-projects: (i) Celtic and Romance in Europe; (ii) Sino-Tibetan and its neighbors in South, Southeast and East Asia; (iii) Tupian, Quechuan, Cariban in South America. This choice is motivated by the fact that the sample covers a wide range of morphological diversity, that the three regions are historically largely independent of each other, and that we have extensive expertise in all regions in our Sinergia consortium.
The methodological challenge is to adequately model contact-induced patterns of change, informed by what is known about geography and history. This challenge is taken up by a further sub-project dedicated to methods and carried out by GIScience researchers. The Celtic and Romance data sets (which are far richer than the other two) will serve as test-bed cases, in which new methodological instruments are developed, tested and calibrated; the Asian and American areas serve as application cases, in which the previously developed methods are applied to build integrated models.
Parametrization of morphology will start from existing theories of grammatical and phonological word domains (paying close attention to non-isomorphism here), recent research on the clitic/affix distinction that suggests more variation than commonly assumed (e.g. Spencer & Luís 2012), and multivariate versions of morphological typology that introduce more fine-grained variables (e.g. Bickel & Nichols 2007). This work will be supported by a companion project on morphological typology in areal perspective, with a PhD study financed by the University of Zurich.
In each of the three case studies we will evaluate hypotheses on morphological diachrony, both qualitatively and through quantitative (phylogeographical) modeling. Specifically we will assess hypotheses such as: (i) morphological diffusion is correlated with semantic and pragmatic diffusion (e.g. Weinreich 1953) and/or is inherently geared towards simplification (e.g. Trudgill 2011); (ii) areal skewings of complex morphology (e.g. (poly-)synthesis in the Americas) reflects deep-time persistence rather than spreads of innovations (e.g. Nichols 2003); (iii) substance borrowing is more likely with inherent features than with contextual features that respond to syntax (e.g. Gardani 2008). Models of such scenarios will systematically integrate information on historical events (e.g. known migrations or conquests), local geographies (e.g. mountain ridges, waterways) and multivariate, detailed databases of linguistic morphology. This will allow projecting the most likely diachronies of which ancestral languages were in contact and estimating where and when this happened, and to what extent these cases of contact had an effect on tree topologies and/or rates of change in morphology.